If you are new to the topic of abatements, I recommend my tax abatement series here.

I’ve updated my 2015 long-term abatement map to include 2016 data. The map is provided below, along with reports showing underlying data grouped by project type (affordable housing vs. market) and by ward. Source data was derived from the city’s user friendly budgets and abatement documents from the tax office.  These are all abatements currently paying “PILOT” fees into the respective year’s budget.

The pin drops on the map are color-coded:

There are six wards in Jersey City: 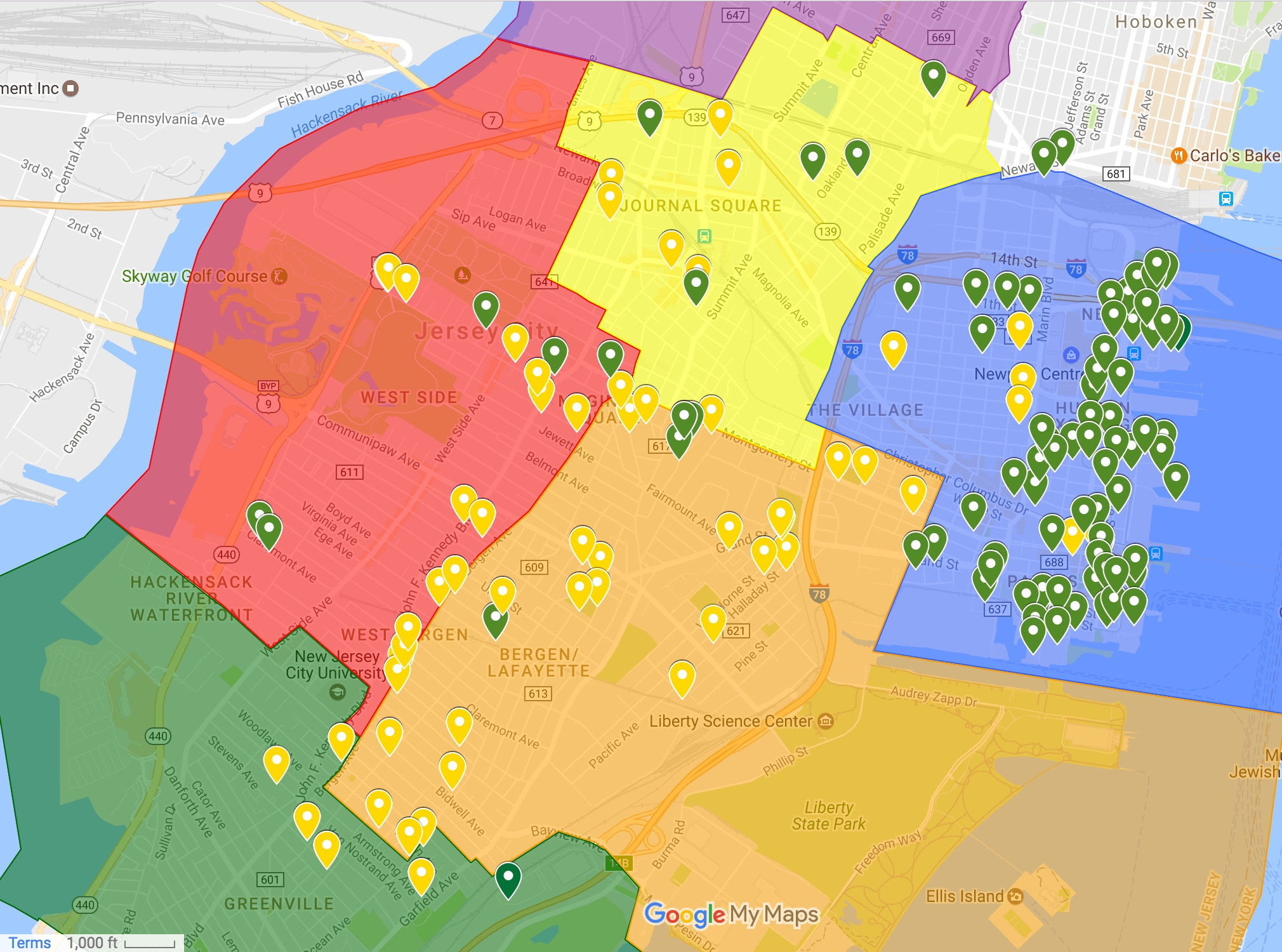 I’ve summarized the data underlying the map into two year-specific reports subtotaled by project type and ward.  “Foregone tax revenue” is a computation I added to show the variance between “taxes if billed at the current year tax rate” and “PILOT billings.” 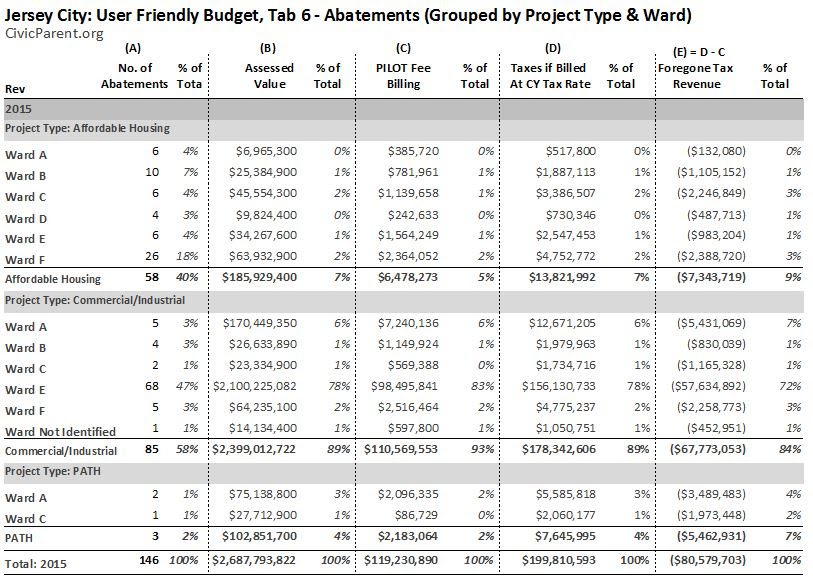 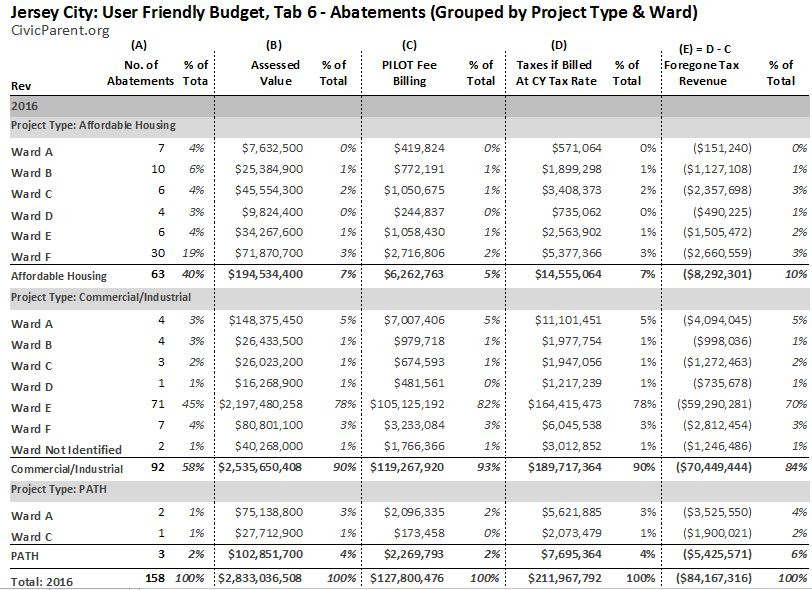